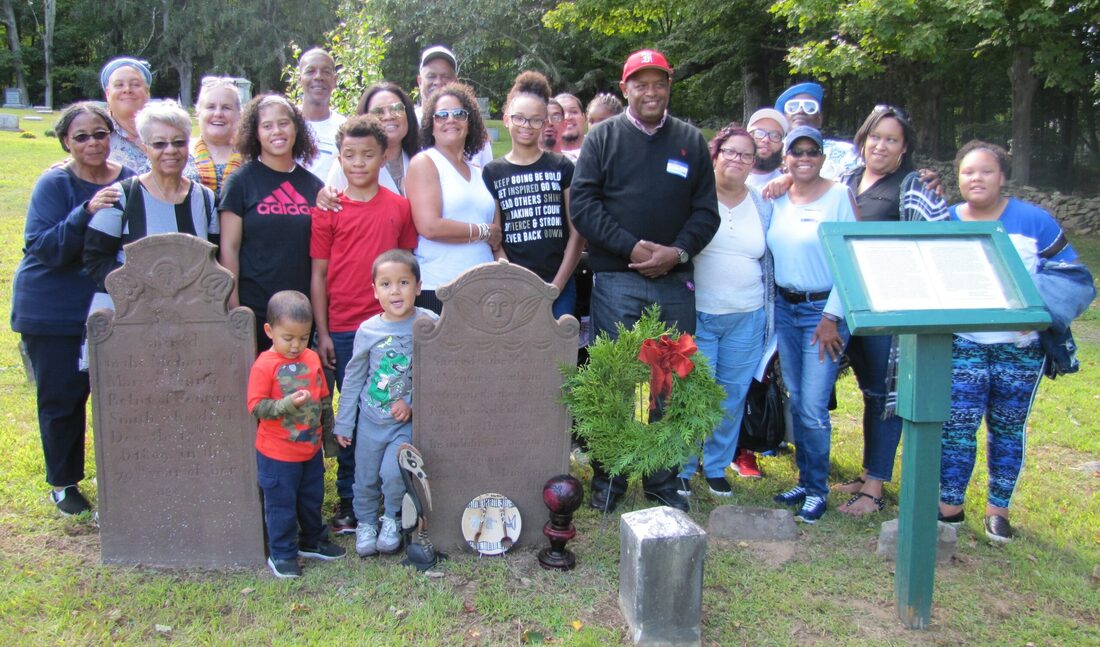 In September 2008, East Haddam Town Officials Proclaim Venture Smith Day.
This commemoration has continued annually because: East Haddam urges all its citizens to learn from and be encouraged by Venture's heroic story.

On July 26, 2022, a lively panel of Connecticut-based historians discussed the fascinating life and legacy of Venture Smith, one of the very few enslaved people who left behind a first-person account of their experience. Venture Smith’s autobiography, “A Narrative of the Life and Adventures of Venture, a Native of Africa: But Resident above Sixty Years in the United States of America. Related by Himself ” was published in New London, Connecticut in 1798. Venture Smith was freed in the 1760s, and went on to become a successful Connecticut landowner and businessman.
​
The panel included Elizabeth Norman of CT Explored, Elizabeth Wood, Executive Director of the Stonington Historical Society, and Dr. Karl Stofco, East Haddam town historian and expert on the Venture Smith family genealogy. Dr. Stofko will describe how he started Venture Smith Day more than 25 years ago, and how the annual fall event in East Haddam has grown each year to include new scholarship and newly discovered descendants.  Elizabeth Wood will discuss the new permanent exhibition about Smith at the Lighthouse Museum in Stonington, which incorporates new research and findings from an archaeological dig at a site nearby where Smith was enslaved. Elizabeth Norman will talk about making Smith’s published life story (1798) accessible to teachers and elementary and middle school students, so they may engage more honestly in the history of the founding of Connecticut.
​
Learn more about Venture Smith at the East Haddam Historical Society & Museum!
Contact Us